Who remembers the story of the Secret Garden? It was first published as a serial novel way back in 1910. However, it gained real renown when it was released as a movie in 1993 starring Dame Maggie Smith. It follows the discovery of a beautiful, nature-filled secret garden by orphaned Mary Lennox. Now, the story has made its way onto the reels thanks to Rival Gaming. They’ve done a fine job of capturing the garden’s beauty and have incorporated many aspects of the original tale in the slot game. Whilst the theme does a fine job of piquing interest, it is likely that the game’s 2 bonuses rounds will keep it. 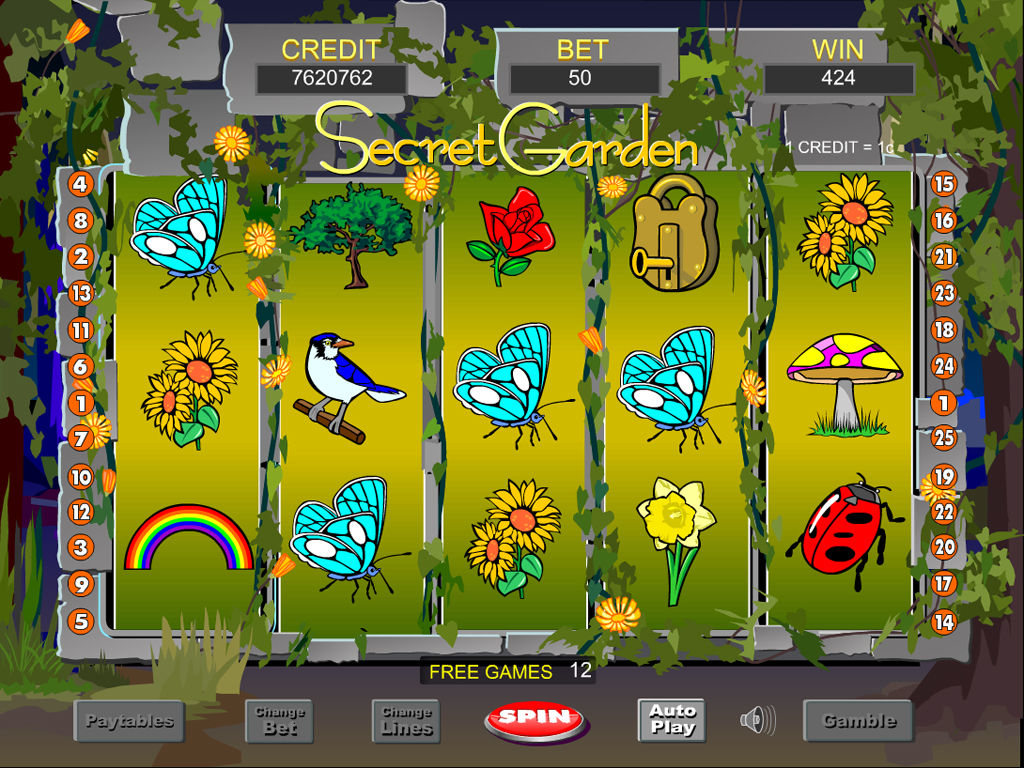 We’ll be completely honest and admit that Rival Gaming is not a developer that we are hugely familiar with. However, their back catalogue looks extensive. Other titles include Arabian Tales, Best of Luck and Costume.

Those who have any previous knowledge of the game are likely to be impressed at how closely the developers have followed the tale in their crafting of this slot. Even without any previous interaction with the story, you have to admit that it is a beautiful game.

The Secret Garden slot is built over 5 reels and 3 rows. It has a total of 25 pay lines, which can be enabled according to your betting strategy. Bets can be placed from as little as 1p or up to the value of £50 per spin. In the background of the reels is the sprawling ivy which famously concealed the secret door to the garden.

The symbols are a mix of characters from the story and wildlife. Items include a wheelbarrow, a bunny, Dickon and little Mary Lennox. The bouquet of roses is the highest paying base game symbol. It will pay out 500x your line stake whenever you land 5 on an enabled pay line.

The Secret Garden slot has a wild symbol, a scatter symbol and a bonus symbol. The wild is covered by the duck. It is a substitution and pays out with its own winning combination too. Landing 5 wilds will pay out a huge 5000x your initial line bet. The scattered door symbol is also the door to the free spins round. By landing 3 or more door symbols, you’ll generate 20 or more free spins. More doors equal more free spins.

The game has a further bonus round, known as the Master Key bonus. To trigger this round, you must first land 3 or more master key bonus symbols. This takes you to an extremely interactive feature where you’ll be asked to help the gardener grow plants. You then instruct him to collect coins as he goes.

The Secret Garden slot is one of the most diverse slots that we’ve played in a while. The Master Key Bonus is a cool inclusion, which sets it apart from most of the standardised bonus options that we’re used to seeing. Overall, we’re impressed with the work of Rival Gaming on this one.