Every now and then we get the pleasure of playing a slot game that leaves us wanting more. Elements is one of these games. This is primarily down to its fantastic 3D graphics that really take your breath away. Some of the artwork on the game is sublime and video animations really give it a lifelike feel and makes the player feel like they are out on an epic adventure. You will be hard pushed to find a slot with the graphical power of this instalment and we have all the details below. 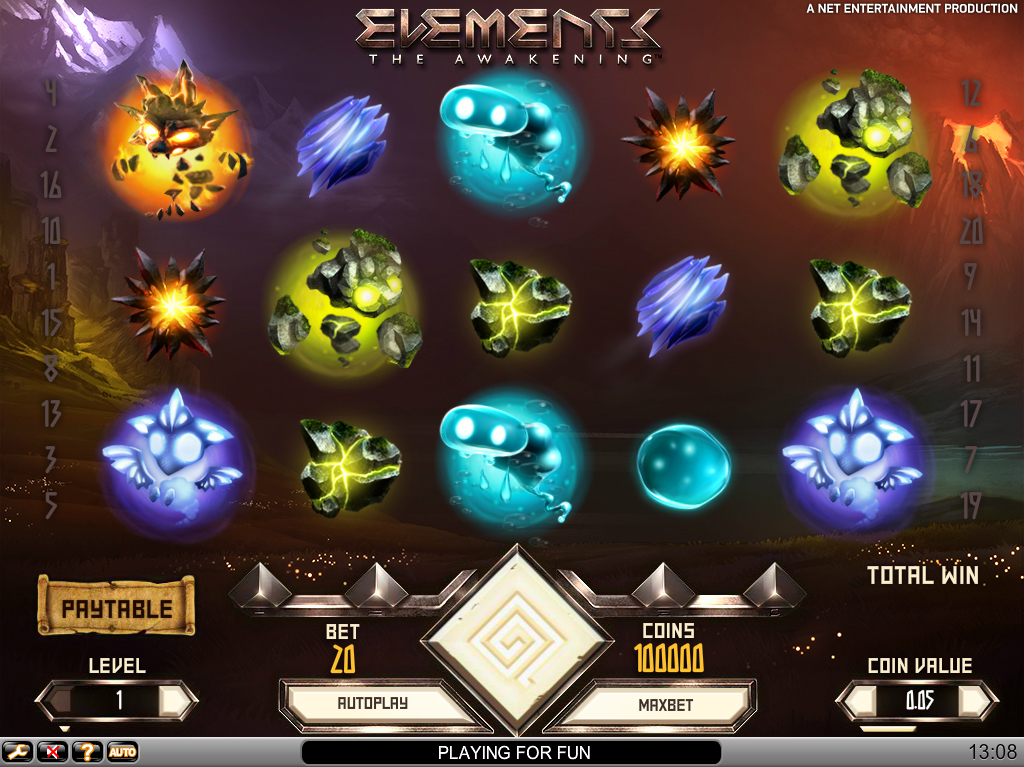 The game has been developed by Net Entertainment and the company has a stellar reputation for producing games that are graphical powerhouses. With such well-established developers, you are in safe hands when playing their games and we can’t recommend them highly enough.

The developers have designed the game with a classic five reel structure and you can expect to play with 20 paylines. The game has an RTP of 96% which is decent and you won’t find any boring numbers or letter symbols displayed on the reels at all. The game goes for a space theme so you can expect an out of this world gaming experience and for Net Entertainment, innovation is the key!

For Elements, you can bet from 20p up to a massive £100 so there are chances to win big depending on how much you are willing to gamble. The game sucks you in with its immersive gameplay so allocate a budget beforehand and stick to it!

Design-wise, the game is up there with the very best. It begins with a fantastic opening video animation which sets the scene for the player and the adventure that they are about to partake in. The main thing that stands out for us is the striking colours that are bold and fluorescent and make the game feel exciting. It is outer space based and the reels consist of many different types of brightly-coloured space creatures which are really difficult to describe. You’ll have to play the game itself to experience them in their full glory.

The game does have bonus features to keep you entertained and the wild symbol is represented by a metallic cube so keep an eye out for it. The main bonus feature is the free fall bonus game which is technically four separate features. The mini-games comprise of the elements and are called air, fire, earth and water storm games with each game being triggered through a different combination and offering rewards ranging from free spins to massive multipliers.

As you can probably tell we are extremely fond of Elements and we had an absolute blast playing it. The game tops most other games on the market when it comes to graphics and the 3D models are extremely well designed. When you factor in the bonus features and smooth gameplay then we think this is a game that is totally out of this world! Highly recommended.